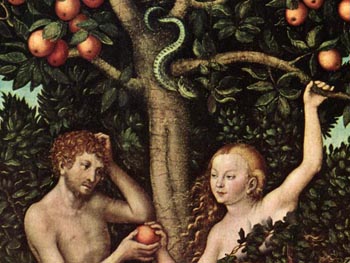 In the fifth chapter of his book The Problem of Pain, C.S. Lewis offers insight into the fall of man and original sin. For Lewis, the “sole function of the doctrine” is expository. From the fall, we see that “man is now a horror to God and to himself and a creature ill-adapted to the universe not because God made him so but because he has made himself so by the abuse of his free will” (Lewis 63). As Lewis mentioned earlier in the book, “the free will of rational creatures…include[s] the possibility of evil,” and God must not prevent man from sinning if he so chooses (Lewis 63). Just as “the chess player’s freedom to play chess depends on the rigidity of the squares and the moves,” so God must not thwart evil deeds via miracles (Lewis 65). Only through the regularity of consequences do we possess true freedom to choose between good and evil.

Furthermore, Lewis argues that the “first sin” was significantly greater than “a social sin.” Rather, “the traditional doctrine points to a sin against God…And certainly, if we are to hold the doctrine of the Fall in any real sense, we must look for the great sin on a deeper and more timeless level than that of social morality” (Lewis 69). According to Augustine, the first sin was “the result of Pride,” which is “the movement whereby a creature…tries to set up on its own, to exist for itself” (Lewis 69). In committing an “act of self-will,” man “turned from God” and became his “own idol.” In this state, man’s “inclination” is now “self-ward,” and he exalts himself above God (Lewis 76, 78-79).

Nevertheless, while we may have sinned and put on fallen nature, God remains good. He Himself does not cease to define goodness, despite our terror of looking upon His sinless nature. And as darkness hides from the light, so we hide from His moral perfection. Without something to cover our sin, entering into His presence would cause only discomfort and shame. Thus, the concept of “good, to us in our present state, must therefore mean primarily remedial or corrective good” (Lewis 85). In this condition, a “corrective good” may not exclude the possibility of pain.

How Do We Stop Wandering?

Exalting ourselves above God Himself, we’ve fallen prey to the temptation of pride. Claiming to be an end in ourselves, however, we’ve lost sight of our true teleology – our very reason for existence. Under the influence of hubris, we wander away from God and grasp for meaning wherever we think it may be found. Still, all our searching only leaves us empty.

How is it that pride leads us to this point? Well, because our reason for existence stems from an entity outside of ourselves, we cannot exist for the sake of ourselves. Setting the boundaries of our being at the moment of creation, the Creator will forever define our essence. For this reason, we will never be more than what our Creator declares us to be; we will never define our own existence. Along the same line of reasoning, we are entirely incapable of endowing ourselves with purpose. Rather, we will only ever find purpose in being who we were created to be. Pride, however, expresses an untruth in its very nature, tempting us to set ourselves above the Creator and become the god of God. In doing so, we deny the role He plays in defining our existence and endowing us with purpose. Naturally, therefore, pride only ever leads to aimlessness and wandering.

Though it may be difficult to grasp the meaning of these thoughts at first glance, we certainly relate to them through common experience. Stubbornly resisting God’s authority in our lives, we search tirelessly for purpose and satisfaction in all the wrong places. Whether through a job, a hobby, a sport, or a relationship, we pursue meaning and fulfillment from sources that fail to deliver the ultimate experience. Indeed, many of us search for meaning from a combination of these, wandering through careers and friendships aimlessly, discouraged in our quest for joy.

In this way, we aren’t too unlike grazing sheep, meandering through grassy fields without awareness of a greater location. I like the way Stephen Foster puts it:

If a shepherd is not paying attention, a sheep will get lost all the time. They’re not the brightest of creatures. Here’s a picture of a sheep…it’s got a face which says, “I like grass.” And they do like grass. Sheep eat grass; they’re focused on eating more grass; they just keep going. Basically they move from patch to patch to patch just looking at what’s at the end of their nose – which is grass – and not looking at anything around. And that’s why sometimes you’ll come across sheep like halfway up hills or on cliff faces. [Bewildered, we ask], “How did you get up there?” And the sheep is kind of quite confused too. (Foster, “Find Your Worth”)

He then proceeds to relate it to our experience:

I wonder if you’ve experienced that sense that I have, that I’ve been so focused on the next thing – the next essay, the next night out, the next holiday, the next term, the next year – that you never look up. (Foster, “Find Your Worth”)

Only when we actually look up do we realize that we, like the sheep, are lost – that we’ve been letting “the immediacy of the next thing” shape our lives (Foster, “Find Your Worth”). When all of our pursuits fail to deliver the meaning and purpose we so desperately want, we sense a sort of hopelessness. Where do we turn for true contentment?

In order to bring the analogy full circle, I turn to the book of Isaiah. “All we like sheep have gone astray,” the prophet writes. “We have turned, every one, to his own way; and the Lord has laid on Him the iniquity of us all” (Isaiah 53:6, NKJV). Seeking to define our own existence, we lie to ourselves. We cannot exist for the sake of ourselves, and we cannot endow ourselves with purpose. The twisted way toward which we each have turned will only lead to destruction. Jesus Christ, however, beckons us homeward. Created for Him and Him alone (Colossians 1:16), only He is big enough to satisfy the eternity that He has set within our hearts (Ecclesiastes 3:11). In Him, as the apostle Paul writes, we are complete (Colossians 2: 10).

Documentation Statement: I referenced C.S. Lewis’s book The Problem of Pain, the Bible, teaching from Dr. Ravi Zacharias on pride, and Stephen Foster’s sermon “Find Your Worth,” which can be found at https://www.youtube.com/watch?v=nrfo85QgoWA.