How Does Man Relate to God? 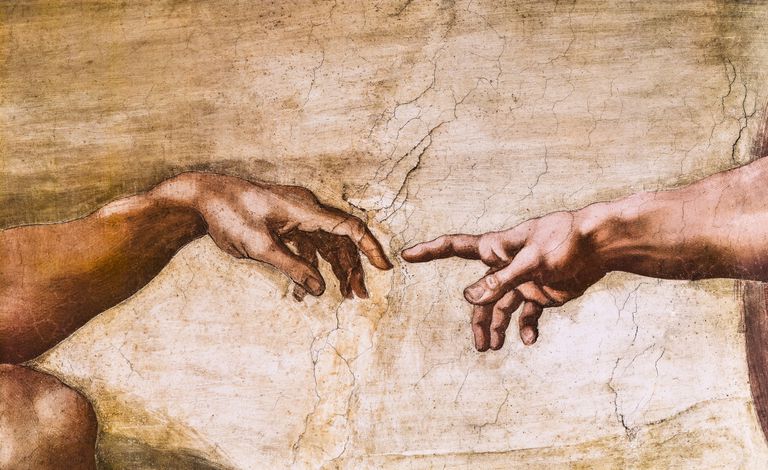 In the first two chapters of his book The Problem of Pain, C.S. Lewis accomplishes a number of tasks. Primarily, he sets out to answer the question, “If the universe is so bad, or even half so bad, how on earth did human beings ever come to attribute it to the activity of a wise and good Creator?” Lewis argues that religion, rather than any form of experience, leads to this conception of God, developing the origin of religion to explain his reasoning.

Primarily, at the core of religion we find “the experience of the Numinous” (Lewis 5), a feeling comparable to that of awe or dread. Fundamentally different from the mere fright of physical danger, Numinous dread can be seen in the “fear of the dead,” which is a strange phenomenon considering the fact that “dead men” are “the least dangerous kind of men” (Lewis 9). Secondly, we find the acknowledgement of “some kind of morality” (Lewis 10). Additionally, while “moralities accepted among men may differ” from culture to culture, “they all agree in prescribing a behavior which their adherents fail to practice” (Lewis 11).

Hence, we become “conscious of guilt,” and this troubles us when we consider the third strand of religion: “the Numinous Power to which [we] feel awe is…the guardian of the morality to which [we] feel obligation” (Lewis 11-12). Finally, the fourth strand of religion – unique to Christianity – “is a historical event” (Lewis 13): the Incarnation of God Himself in the person of Jesus Christ. As the finishing touch, this final strand creates for us “the problem of pain, for pain would be no problem unless, side by side with our daily experience of this painful world, we had received what we think a good assurance that ultimate reality is righteous and loving” (Lewis 14).

Expounding upon the problem of pain in the second chapter, Lewis discusses a key facet of the issue: the nature of divine omnipotence. If God is all-powerful, why doesn’t He put a stop to evil? Before answering this question, however, Lewis qualifies the idea that God is “all-powerful.” He argues that God’s “Omnipotence means power to do all that is intrinsically possible, not to do the intrinsically impossible” (Lewis 18). In terms of the argument, this means “that not even Omnipotence could create a society of free souls without at the same time creating a relatively independent and ‘inexorable’ Nature” (Lewis 19).

Thus, Nature must be “other” in relation man in order for us to exercise free will to its fullest extent. “If you,” Lewis claims,

Were introduced into a world which thus varied at my every whim, you would quite unable to act in it and would thus lose the exercise of your free will. Nor is it clear that you could make your presence known to me – all the matter by which you attempted to make signs to me being already in my control and therefore not capable of being manipulated by you. (Lewis 22)

Bringing the argument full circle, Lewis states, “Try to exclude the possibility of suffering which the order of nature and the existence of free wills involve, and you find that you have excluded life itself” (Lewis 25). The problem of evil, it appears, might have a bit more depth than we originally thought.

How Does Man Relate to God?

In the meat of the argument of his second chapter, Lewis asserts, “People often talk as if nothing were easier than for two naked minds to ‘meet’ or become aware of each other. But I see no possibility of their doing so except in a common medium which forms their ‘external world’ or environment” (Lewis 20-21, my emphasis). Through this statement, he makes a profound observation about the nature of relationships. That is, two separate persons require a medium in order to relate to each other. Through this medium, relationship is made possible. In this sense, the medium is the connecting line – that through which information travels.

In today’s world, a prime example of the interaction between a medium and a relationship can be seen in telephones. Take, for instance, a classic, dial-up telephone. In order for two people to talk over the phone, they must establish a connection by means of a landline. Connecting individuals on either end of the conversation, the landline acts as the medium. Through this wire, callers transmit information and thereby relate to each other.

During the time of the Old Testament, such mediums played an important role in Jewish ceremonial law. As determined by Mosaic Law, priests were to act as intermediaries between the people of Israel and Yahweh, or God, having been permitted special access to an otherwise “highly restricted area” in the tabernacle, demarcated by a thick veil. A designated space for the presence of the living God,

Only Aaron and his descendants were allowed inside…Penalties for violating access to the tabernacle and its contents were so severe as to result in leprosy or death. Certain rituals inside the tabernacle were so specific that improper administration likewise resulted in death (Leviticus 10:1-7). (“Into the Holy of Holies” 1)

With the tabernacle being off-limits to the general public, the rest of the congregation relied on the priests to faithfully serve as the medium between the nation and the Lord. Hence, it was the priest’s duty to maintain the relationship between the nation of Israel and God.

In his account of Christ’s crucifixion, Matthew records a curious event at the instant of Jesus’s death. “When Jesus had cried out again in a loud voice,” he writes, “He yielded up His spirit. At that moment the veil of the temple was torn in two from top to bottom” (Matthew 27:51, NIV, my emphasis). Having been split in two, the thick curtain that once separated the Lord from His people was ripped open as Jesus breathed His last. Understandably, this event would have wreaked havoc in the temple in Jerusalem. Exposed to the dwelling place of God, the congregation would have expected to taste His wrath. And yet, Matthew records nothing along these lines.

What, then, did this mean? The author of the book of Hebrews offers an excellent explanation. “Day after day every priest stands and performs his religious duties; again and again he offers the same sacrifices, which can never take away sins. But when this Priest had offered for all time one sacrifice for sins, he sat down at the right hand of God” (Hebrews 10:11-12, NIV, my emphasis).

Who is this Priest? Christ Jesus. What did He offer? Himself. What does this mean for us? True relationship with God.

Therefore, brothers and sisters, since we have confidence to enter the Most Holy Place by the blood of Jesus, by a new and living way opened for us through the curtain, that is, his body, and since we have a great priest over the house of God, let us draw near to God with a sincere heart and with the full assurance that faith brings (Hebrews 10:19-22a, NIV).

See, the torn veil is torn – the enmity is abolished. God’s presence now dwells among His people, and we can approach Him with confidence and intimacy. Having made a provision for our forgiveness, God has brought us into relationship with Himself. And who is that medium through which we relate to the Almighty? Christ Jesus – “He Himself is our peace” (Ephesians 2:14, NIV).

Documentation Statement: I referenced C.S. Lewis’s The Problem of Pain, http://www.walkwiththeword.org/Studies/01_OT/03_Lev/03_Leviticus_16-02.34.html, and the Bible